“But it came to pass, that when Sanballat, and Tobiah, and the Arabians, and the Ammonites, and the Ashdodites, heard that the walls of Jerusalem were made up, and that the breaches began to be stopped, then they were very wroth, And conspired all of them together to come and to fight against Jerusalem, and to hinder it. Nevertheless we made our prayer unto our God, and set a watch against them day and night, because of them. And Judah said, The strength of the bearers of burdens is decayed, and there is much rubbish; so that we are not able to build the wall. And our adversaries said, They shall not know, neither see, till we come in the midst among them, and slay them, and cause the work to cease. And it came to pass, that when the Jews which dwelt by them came, they said unto us ten times, From all places whence ye shall return unto us they will be upon you. Therefore set I in the lower places behind the wall, and on the higher places, I even set the people after their families with their swords, their spears, and their bows. And I looked, and rose up, and said unto the nobles, and to the rulers, and to the rest of the people, Be not ye afraid of them: remember the Lord, which is great and terrible, and fight for your brethren, your sons, and your daughters, your wives, and your houses.”(Neh 4:7-14)

In the midst of the their greatest battle that would decide the fate of their land and their people, the Trojans were distracted. Being clever, the Greeks struck at the heart of the people, by presenting them with a gift; as they hid his armada off the coast of the city. In the morning the people of Troy came outside their gates to find the great horse, and they decided it was from the gods. Despite the warnings from the princess and her brother, the people were divided. Many Trojans wished to burn or destroy the effigy, the King and his officials and religious guides, and other people dismissed them as foolish.

That day they had a great rejoicing, believing that the Menelaus and Agamemnon and all the Greeks had been cowed and decided to go home. They spent themselves in revelries and sacrifices, all the while the Greeks were hidden within the horse. In the night they awoke to their gates opened, the blood of their children spilled on the streets and their city  ablaze; and even though they fought, they were overcome and the city of Troy fell. So goes the Trojans in history. Never to be seen of again.

In Part One: Global Deception: Trojan Horse, I said that the Church has taken her eyes off of what is really going on; given heed to every cause, every form of entertainment, and  material things.Arguing and fight over politics, theology and everything thing else under the sun. Yet, we are not of this world, but rather of the Kingdom of Heaven. I said the Church has become distracted from looking for the return of Jesus and living for him in this world, and distracted from the one that will lead the whole world into deception and eternal damnation.

The Trojan Horse of the Church, is false doctrine and the false prophets and teachers who bring them. The mainstream churches are rejecting the word of God at every turn. They have brought the very instrument of war into the sanctuaries, and they have lifted it up and have thrown off the warnings of that the watchmen/women brought from the Lord to His people. However, the people rejoice and dance, and shout and feast, as the true nature of the enemy is hidden in plain sight, and destruction is at hand.

In the Book of Isaiah 30:10, the Lord tells Isaiah to warn the people, because they have, rejected His word saying:

“Now go, write it before them in a table, and note it in a book, that it may be for the time to come for ever and ever: That this is a rebellious people, lying children, children that will not hear the law of the LORD: Which say to the seers, See not; and to the prophets, Prophesy not unto us right things, speak unto us smooth things, prophesy deceits: Get you out of the way, turn aside out of the path, cause the Holy One of Israel to cease from before us. Wherefore thus saith the Holy One of Israel, Because ye despise this word, and trust in oppression and perverseness, and stay thereon: Therefore this iniquity shall be to you as a breach ready to fall, swelling out in a high wall, whose breaking cometh suddenly at an instant.

It says that the people desired to hear only what they wanted. They brought into themselves impurity, through false prophecies and teachers of demonic doctrines. And these ministers of Satan and unrighteousness, have lulled the people into complacency and sleep, and laziness. They have not watched and now there are breaches in the wall. 1 Timothy 4:1-3 states;

“Now the Spirit speaketh expressly, that in the latter times some shall depart from the faith, giving heed to seducing spirits, and doctrines of devils; Speaking lies in hypocrisy; having their conscience seared with a hot iron..”

“Let no man deceive you by any means: for that day shall not come, except there come a falling away first, and that man of sin be revealed, the son of perdition;”

The world government, under the powers of these principalities in which we war against (Ephesians 6 ), are preparing for their last hour, their last stand. Jesus told us that the enemy has will come down unto us having great wrath (Revelation 12:12). Jesus told us  in Luke 21:24 -36;

“And take heed to yourselves, lest at any time your hearts be overcharged with surfeiting, and drunkenness, and cares of this life, and so that day come upon you unawares. For as a snare shall it come on all them that dwell on the face of the whole earth. Watch ye therefore, and pray always, that ye may be accounted worthy to escape all these things that shall come to pass, and to stand before the Son of man.”

Yet there is coming a great falling away from the truth. So much so, that none of us will have to wonder if this is the great apostasy. And when that day happens, the man of perdition shall be revealed. He will make war against the Saints of God, and the wrath of Satan (the Great Tribulation) will hit the body of Christ like never before.

The goal of this deception, is to take all eyes, all hearts, all minds off of Christ Jesus. It is to render the Almighty God, stupid, a made up god of un-progressive superstitious, ignorant people, stupid and laughable. They honor all gods, but the Almighty is a laughing-stock. They lift up all religions, but Christians are fools and science has made our teachings redundant. The leaders, philosophers, scientist, artist, politicians, you name it, has said they have a better solution. They can make a global governance where ALL are accepted, everyone will share everything, there is no individuality, while at the same time promoting individuality. Ironic. Satanic, demonic possession, and witchcraft is rising every single day. Trans-humanism, becoming one with machine. DNA modification, to live longer, stronger, faster, smarter. WE WILL BE AS GOD’s!

The first one that said that was Lucifer. And now his agenda is plain for those who have eyes to see! The days of the final battle are here. We do not have many years, only a few short years. The Third Temple, ready to be rebuilt, knowledge has increased, there is hardly any love any more. The seas are rising up, volcanoes going off like never before, the earth shakes and groans, birds by the flocks fallout of the sky, the fish and sea creatures are is distress and died in the thousands.

My Friends, do not be deceived. This is the final days of preparation. Brothers and Sisters, rise up off your beds of slumber, put down that kool-aid you been drinking, take up your cross, put on the armor of God, and build up yourselves in the most holy faith.

In my new book; ‘Spiritual Warfare Refocused: Preparing the heart of Man‘, deals specifically with preparing ourselves, for these last days of testing and trial. It does not focus on defeating the enemy Satan directly, but defeating our flesh (therefore able to stand and resist Satan) so that we as one people, one body in Christ, may be ready to face this last battle and receive the reward of the Promise in Jesus. The Lord, has placed urgency, in the hearts of his people, in the hearts of his watchmen, to warn and sound the alarm. We have a great and Mighty, merciful and loving Lord; who does not want us to be caught off guard.

Prepare, yourselves. Sound the alarm in your family, in your churches, in your communities, where ever the Lord takes you, lift up your voices and stand firm. Do not compromise, do not fear, do not give in to lies and deception.

‘But he giveth more grace. Wherefore he saith, God resisteth the proud, but giveth grace unto the humble. Submit yourselves therefore to God. Resist the devil, and he will flee from you. Draw nigh to God, and he will draw nigh to you. Cleanse your hands, ye sinners; and purify your hearts, ye double minded. Be afflicted, and mourn, and weep: let your laughter be turned to mourning, and your joy to heaviness. Humble yourselves in the sight of the Lord, and he shall lift you up.‘ (Jas 4:6-10)

With Love and Blessings from our Father, with joy and peace of Christ,

Missouri to Ohio: Adventures of Faith 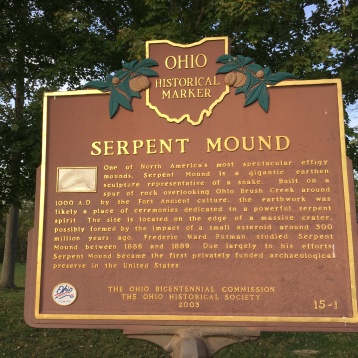 These messages are not ordinary. They are life changing revelations. evangelistchilavert@gmail.com

There is only one place in the Bible where we see God running.

When we desire God more than anything or anyone else, His will WILL be done!!!!!!!